Head of Steam Park Row may have spent the majority of its lifespan closed due to the pandemic, but it hasn’t stopped them from becoming one of the city’s most popular haunts. Boasting one of the largest selection of craft ales in Leeds, moreish bar grub and gaming aplenty, there’s a lot to love about the Cameron Brewery owned bar.

When we heard on the grapevine they were launching bottomless brunch, we didn’t need to be asked twice to come down to check it out. Brunch is nothing new these days, but Head of Steam have set themselves apart by offering a much more diverse range of food and drink options than most.

For me, there was one standout choice I simply couldn’t resist. Belgian Waffles with classic fried chicken smothered with a deliciously sweet Duvel beer flavoured syrup. This came in generous portion size and did not disappoint. The chicken was tender with a perfectly crisp coating, whilst the waffles were sweet and fluffy with just the right amount of syrup.

I doused them with a healthy serving of Frank’s Red Hot Sauce which made them even better in my humble opinion. Those feeling extra hungry shouldn’t sleep on the mighty Piggyback Burger, which was going down a storm across the table.

As its name suggests, it’s an absolute beast of a burger and is not for the faint of heart. A jumbo patty topped with sausage, black pudding and a poached egg slider, as well as a side serving of hash browns, baked beans, bacon and cheese. Elvis would have loved it.

The drinks are great too. From the top-notch Prosecco and Aperol Spritz to the brilliant craft beer flight consisting of three different ales. Today’s choices were Krusovice, Beavertown’s Neck Oil and Road Crew.

Priced at just £25pp for food and 90 minutes of bottomless drinks, Head of Steam brunch can be booked between 12-2 pm on weekend’s and is an excellent way to kick start a session in Leeds. 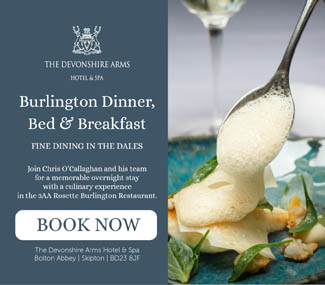 Piccolino’s Amazing Try January Menu – We Loved It and So Will You!

If you enjoy your morning drink whilst on route to work, college, school, or at the gym read on…

This opulent and lavish reinvention of the classic game of table football is one unmissable piece of craftsmanship. A favourite by many for its energy

Food hygiene is something that you cannot compromise. One of the most basic food hygiene practices is the safe storage of food. This will ensure

Words: Ashley Conboy Someone once said that the hair washing schedule struggle is real and they were not wrong. Our social life is planned around