A sophisticated light beer for wine-lovers, in selected Sainsbury’s stores

A Sophisticated Light Beer – A female-founded beer brand aimed at delivering a viable alternative for wine-lovers is now available in select stores across the UK after they agreed a trial with Sainsbury’s.

Good Living Brew Company has launched Binary Botanical, a sophisticated light beer for wine-lovers, in selected Sainsbury’s stores nationwide as part of its ‘Taste of the Future’ trial bay.

Binary Botanical was launched to provide a lighter, beer-like alternative to a glass of wine. A refreshing beer, it is infused for five days with organic British hop leaves, giving it a prosecco-like taste with a clean finish. Binary Botanical is the first of its kind to commercialise the use of hop leaves, a product that otherwise goes to waste during the brewing process, creating new innovation within the brewing industry. This superior refreshing beverage is available with both 4% and 0.5% alcohol for consumers choosing to drink less or not at all.

Based on the outskirts of the South Downs National Park, the founders of Good Living Brew Company were tired of not being able to find an alcoholic drink of around 4% that wasn’t either bland, bitter or sweet, so they set out to create something new. Binary Botanical is lower in alcohol and calories than wine, vegan and gluten and sugar free.

Danielle Bekker, co-founder, says: “We set out to create a new style of beer which would appeal to wine-lovers and people who think they don’t like beer. We’re delighted to see Binary go on trial in Sainsbury’s in November making it available to more consumers across the UK in time for Christmas and Dry January.  We hope people love Binary Botanical as much as we do!”

Binary Botanical was created by a team of women with years’ of experience in the brewing industry, and a shared frustration of wanting a moderate alcoholic beverage but without  the traditional bitter taste of beer. Binary has a fresh, tangy and aromatic profile that will appeal to beer, wine and cider fans alike.

While most beers are brewed using hop cones, Binary Botanical is infused with organic British leaves from Sovereign and First Gold hop bines, the name given to the stems of the hop plant. While hops impart a bitterness that isn’t for everyone, hop bine leaves add a unique tang to the beer which makes it the perfect accompaniment for a meal. Binary is perfect for pairing with food or making cocktails – try it in a stemmed glass with strawberries, mint and oranges and a dash of Grenadine as a refreshing alternative to Pimm’s.

We are pleased to be welcoming Binary Botanical to our shelves in the new Taste of the Future trial bay. As these hop-leaf beverages offer a lighter alternative for wine-lovers, they reflect our customers’ growing interest in the wider industry drinking trend centred around wellbeing.

Pairing food and wine can be pure magic

ALUNA COCONUT COFFEE LIQUEUR: WELCOME TO THE DARK SIDE

HELP FIGHT FOOD POVERTY: SWAP A TIN OF FOOD FOR A FREE COCKTAIL AT THE ALCHEMIST

The Alchemist has teamed up with Grey Goose and social enterprise Foodinate, to gift customers a cocktail in exchange for food on the 13th of 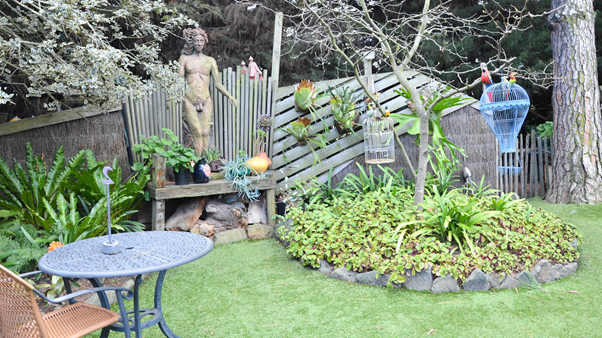 Easy Ways to Glam Up Your Front Garden

Easy Ways to Glam Up Your Front Garden – The first thing you need to consider is what type of design you want your front yard to have. Do you want a more traditional look?

This hearty comforting beef stew, is one that all the family can enjoy. This recipe uses seasonal ingredients such as butternut squash and beetroot; sure to put a smile on even the scariest Halloween faces

Friday 4th December saw the launch of Ceru’s ‘Cook at Home Range’, a new nationwide delivery service inspired by the flavours of the Eastern Mediterranean region. The delivery service transports food lovers to a warmer climate with cuisine from the sun-soaked shores of Cyprus, to the bountiful lands of Lebanon.