Havaianas on your mind and New Era on your feet

Two leading brands in their segments in the world announce a new collab in celebration of 100 years of New Era, offering lightness and happiness for street wear with a global launch

Havaianas on your feet and New Era on your head – When it comes to flip-flops, it is inevitable—not to say impossible—to not think of Havaianas, the traditional brand of Brazilian flip flops and shoes for over half a century. On the other hand, when we talk about caps it is equally unlikely that you wouldn’t think of New Era, which is celebrating 100 years of history and has one of the best-selling caps in the world, in its portfolio, namely the New York Yankees. These two brands have joined forces, tradition, history, and lifestyle in a collab launched globally today.

Havaianas and New Era launch an unprecedented and exclusive collaboration. The two global brands, leaders in their segments, introduce a new line with seven products. Dubbed as “Step into Joy”, the line consists of two TOP style flip flop prints, a bucket hat,a single color 9FORTY cap and a 9TWENTY cap with four color variations. All the items have the identities of both brands, such as a rubber icon on the caps. The creation is the connection between the Havaianas beach and the New Era street styles. The products were designed to play around with combinations, as each flip flop print matches a cap/bucket hat.

You’re wrong if you believe that this is just another collab because it comes packed with history and meaning. For its 100th anniversary, New Era wanted to co-create with a brand that could go from head to toe so that is how the partnership with Havaianas was born.

The novelties catch fans of the brands by surprise and promise to be a hit, as they are both iconic brands that speak to all tribes and highly connect with the youth. “When we considered this collab, being close to New Era seemed very natural, because it was already part of our plans to dive deeper into the street universe this year, therefore this collab enriched our stories even more, given that 2020 is also a very meaningful year for them. This is the first time that Havaianas will sell caps in its stores and that New Era will have Havaianas too. That is the great thing about collaborations; exchanges in the universes that the brands enable. The fact that Havaianas is an iconic Brazilian brand and New Era is the benchmark in streetwear were decisive for this collab to happen during such a significant moment. We are certain that the line will be a great success,” explains Fernanda Romano, CMO of Alpargatas.

“New Era and Havaianas have a lot in common. Both are democratic brands, with products adored by consumers of the most diverse audiences, not to mention global, sold in hundreds of countries around the world. Therefore, we have found the possibility of creating a collaboration with special and exclusive products to celebrate the 100th anniversary of our company, in partnership with Havaianas, and we are very pleased with the result. I am sure that fans of both brands will be surprised by the product design,” says Artur Regen, General Director of New Era in Brazil.

When it comes to collab, right off the start you imagine it’s all about teamwork, so for this unprecedented line to come into the world, even the details were conceived together. From visual identity to prints, insertion of logos on products, colors of each item; everything was designed together to offer the best brand experience for fans and consumers. The creation process started by focusing on the strengths of each brand; the cap and the flip flops, and then came the creation of a character that translates exactly the following essence: Havaianas on your feet and New Era on your head.

To heighten this story, two artists were invited to translate the visual identity created for the collab into art. Consequently, the New Era street moods and the Havaianas colorful, cheerful style have also become stickers. Patricia Leda, advertising professional by training and book illustrator, and Bruno Menon, illustrator working closely with the fashion universe, accepted the challenge and co-created stickers that are part of the collection and serve as shareable pills of art.

The campaign visual identity was created and executed by W3haus advertising agency. “We observed the customization behavior that people have with stickers on their computers, clothes, bikes, and surfboards and we believed that it could be a path to get closer to the public and be a feat with the collection. In the first internal presentation, everyone wanted a collab sticker to call their own. As co-creation is one of the processes that we like the most here at W3, the idea of bringing two artists together to collaborate was a natural path, that is why we called in Patrícia Leda and Bruno Menon to sign the campaign with us,” says Daniele Almeida, creative director at W3haus. In this creative process, the brands also got involved and suggested the mascots and elements that they would like to see represented.

The products are already available on each of the brands e-commerce and brick-and-mortar stores. 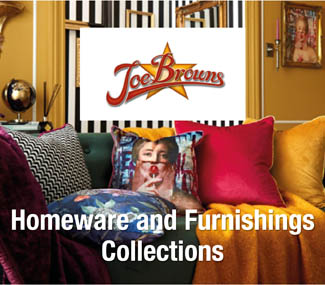 The smarter take on men’s casualwear from Moss Bros

SALES OF THERMALS SOAR AS BRITS WARM TO SOCIALISING ‘ALFRESHCO’

We have a Luxury Pamper Hamper up for grabs! Everything you need to pamper yourself or gift to someone special, they will certainly love you

2020 drinks guide: The spirits, beers, wines and liqueurs you should be sipping this summer

There’s no denying that 2020 will go down in history as a complete disaster, an annus horribillis if you will. And whilst friends, family, Netflix

Get ready to dine from July 4th

TO REOPEN YORKSHIRE RESTAURANTS ON JULY 4th Get ready to dine from July 4th at THE RESTAURANT BAR & GRILL, LEEDS / PICCOLINO, COLLINGHAM &

If you have never run before the key is doing small amounts and using walking to increase your time on feet. Giving yourself plenty of

It’s just a once a week update of all the best competitions, news, places to eat and drink. We promise you’ll love it! There will be loads of offers and discounts that you just won’t want to miss out on. Get the most from around the area and save money on our special offers!
Facebook-f
Twitter
Instagram
Pinterest
Copyright © H&N Magazine 2020. All Rights Reserved.
Privacy and Cookies Policy
Menu
Menu