Top 10 Appliances we Can’t Live Without

It seems like almost every year there is some sort of advance in technology aimed at making life simpler for us. Most of them are just marketers’ excuses to get us to spend more of our hard-earned money.

But many, like appliances are now items we take for granted.

An appliance is an individual piece of equipment for use in the home in the performance of domestic chores. This definition includes a dishwasher or stove, but not a water heater or garbage disposal which does not stand alone.

You can learn more about specific appliances from the appliance hunter, but here are 10 appliances we can’t live without and why.

The mechanical clock was invented in the 14th century and is still found everywhere in our daily lives. You have a clock on your phone, television, microwave, coffee maker, DVD player, car, computer, as well as the more traditional wall clock, clock tower building, and wristwatch. Keeping track of time has revolutionized the way humankind relates to the passage of time. Precise planning became possible, and we have never looked back.

It was the Romans who first invented a plumbing system, but populations in cities grew and the stench became intolerable leading to the invention of the flush toilet enclosed in a water closet in the 16th century. But toilets only became available in every home when mass production of porcelain toilets began in 1885. No longer are bowls kept under the bed and the contents tossed out the window onto the street.

Invented for preserving food in 1911, mass production began in 1923. The process of refrigeration changes a gas into a liquid which absorbs heat. Refrigerators work by using a system of coils filled with this liquid coolant to transfer heat out of the confines of the refrigerator’s insulated compartment. Without refrigerators items like meat, milk, cheese, and butter would have to be purchased more frequently and in smaller quantities.

Clothes used to be washed by beating them on a stone and using animal fat as soap. Then came stone troughs, followed by wooden boards that allowed for the scrubbing of clothes. An agitator where you manually moved a paddle backwards and forwards was eventually replaced by an electric motor to do that task in 1908.

Modern washing machines use two drums, one to hold the clothes, the other for the water. When the washing cycle is complete, the inner drum spins to remove water from the clothes. You no longer need to spend 2 hours a day washing and scrubbing your clothes clean.

Invented in 1849 but not patented until 1876, these appliances used to be fixed to a wall but can now go virtually everywhere any human can go. Instant communication with someone almost anywhere in the world has improved our lives in so many ways. When used in emergency situations, the telephone must have saved millions of lives since its mass production.

Thomas Edison invented the phonograph in 1877, and now you can take recorded sound with you everywhere on your cell phone. You may define your mood by the music you listen to, and it can now be accessed with a simple click. Music speaks to something deep in the human consciousness. Try to imagine a world in which there was no way to record sound. The only music would be live, created for the moment and then gone forever.

The idea for this appliance began in the late 19th century but began with the NBC network in the USA in 1939. Just 60 years later we could view live action from as far away as the moon! Companion technologies have developed, from VHS and DVD players to Xbox, smart technology, the internet and now streaming services. What would you do for entertainment at home without a television?

Invented in 1902 for a commercial premises then patented in 1906 for commercial use and expanded into the household market from 1928. This appliance keeps us cool inside our homes during hot weather and has been adapted to also heat homes in colder climates. These make living in our home far more comfortable and are a cost-effective heating/cooling method. From a casement ac to portables units, there are a variety of options for our cooling needs.

Microwaves were used during World War 2 for radio reconnaissance and about the same time an accident found they could be used for cooking. The first commercial oven arrived in 1954 and domestic ovens followed in 1967. They cook food six times faster than a conventional oven, and it’s estimated that 90% of American homes have a microwave.

Computers can trace their origins back as far as 1840, but it was during World War 2 that they first became used to perform mathematical calculations. It was the invention of the microprocessor that led to the Apple 2 personal computer and the ability to bring computers to the masses.

Within 30 short years, computers have revolutionized the way businesses work, people play, and how the world communicates.

Looking at these 10 appliances, ask yourself, how many times a day is your life impacted by each of these appliances?

For more Technology and Gadgets with H&N Magazine 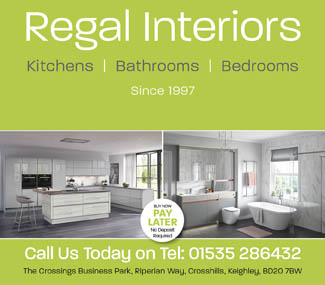 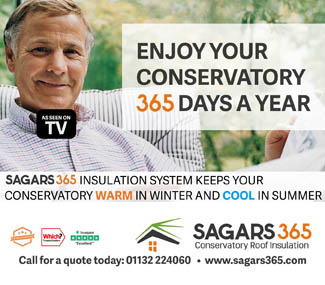 How Electronic Tracking Has Transformed Business

Customers across the country can now get their hands on an authentic 12” Homeslice pizza, prepared using specially selected ingredients, and ready for baking at home

Nutrients are the compounds in foods that are essential to life and health, providing us with energy and the building blocks for repair and growth,

Most Expensive Coins in The World

From a Liberty Head Nickel (1913) coin to a $1 Million Gold Canadian Maple Leaf (2007) coin, have you ever wondered which coin is the

Lamberts has amazing food, great service and a superb atmosphere