NORTH42 GIN: THE STORY BEHIND THE PERFECT FESTIVE TIPPLE

Gin has been phenomenally fashionable now for several years and won’t be going away just yet. As a nation, we apparently guzzled through £2.6 billion worth of the tipple they call mother’s ruin in 2019

A review by Jordan Fletcher @Fletch_Eats

Gin has been phenomenally fashionable now for several years and won’t be going away just yet. As a nation, we apparently guzzled through £2.6 billion worth of the tipple they call mother’s ruin in 2019 and after the year we’ve had, we’re confident 2020 results will be just as impressive.

Launching just last year, North42 might be late to an already overcrowded party, but talk about making an entrance. Developed in Leicestershire by Sally Davis and Joanna Betts, owners of the award-winning North Bar and Kitchen, it didn’t take long for their rhubarb and blood orange gin to be snapped up by Selfridge’s where it began to fly off the shelves.

So, how did North42 come about? Back in 2014, Sally and Joanna purchased a restaurant shell that needed a complete re-design. It was the perfect project to combine their dual skills (Joanna had 15 years’ experience globetrotting as a chef whilst Sally worked in the health and sports industry) and passions.

Subsequently, in February 2015 at No.42 Hinckley Road in the heart of Leicester – The North Bar and Kitchen was born. Sally and Joanna continued to explore the world together, discovering new and exciting gins to pair their culinary delights with.

From 2016, the North Bar and Kitchen became renowned in the East Midlands for stocking the finest gins around and offering sensational tasting menus that paired perfectly with their exquisite gin cocktails. They then went on to win ‘Best New Business’ and ‘Best Restaurant’ at the Niche Awards in 2016 and 2017.

In 2017, Sally and Joanna developed their love for gin further, by producing tasting boards for gins, gin mixers and different foods. The best-selling cocktail was their first ever cocktail they made at North Bar and Kitchen – the Rhubarb Tumble, and it gained an immensely popular reputation amongst the locals. It is even heard that other cocktail mixologists attended the restaurant as spies to find out how it was made…

Sally commented: “In 2019, Joanna and I started to discuss the possibilities of creating our very own gin. We’d been in the restaurant for four years and felt like a new project might introduce some new excitement. We knew that the flavours had to be rememberable and impactful alongside food, so that’s what we did, we created North42.

“We started to mix 100% natural ingredients together utilising Joanna’s expert palate for developing kitchen-based recipes and worked alongside an award-winning distiller for their gin expertise and production. There were hundreds of iterations of the recipe, and lots of tweaking of ingredients until we found exactly what we were looking for – a blood orange and rhubarb, naturally pink, beautifully botanically balanced, zesty, memorable gin”.

The Crowdfunder was launched with a target of raising £10,000, but within 24 hours the ladies had already raised an impressive £4,225. Exactly one month later, and the amount raised was £12, 365 with over 103 supporters helping to fund the first bath of North42 Gin.

Sally and Joanna were then invited to attend the NatWest Bank initiative ‘Back Her Business’ to promote Women Entrepreneurialism. Sally stood up in front of a room full of 600 women to tell the story above, and said, somewhat jokingly “I would love to sell North42 Gin to premium retailers such as Selfridges or Harrods”. Unbeknown to Sally, Sam Watts, General Manager of Selfridges Birmingham was sat in the front row and immediately stood up and offered to stock North42 in store.

Sally commented: “It is all such a blur. I went to this event with very little expectations and walked out with our first retailer confirmed – the dream retailer. All this was achieved without even having to open a bottle for tasting. It was amazing serendipity and such a stroke of luck”.

A couple of months after this stroke of luck, and Sally and Joanna’s North42 was launched at a popup event in Selfridges. The first person to purchase a bottle was of course, Sam Watts, the General Manager – who else could it have been? The bottle sold out within its first weekend of being in-store, and Selfridges quickly contacted to say they wanted to stock it in their Manchester and London stores, plus online – dreams really had been met and Sally and Joanna were overwhelmed by the response

Since its exclusive launch at Selfridges, North42 Gin has been ranked for sales across all the Selfridges stores ‘the 4th best-selling gin’ they stock and is now listed in over 500 establishments.

We road-tested the Perfection Personified gift set, which came perfectly packaged for the festive season, along with a pack of cocktail-ready dehydrated oranges. Wrapped in a pink bow complete with heart-shaped gift tag to write a personal message, it’s also ideal for those who are terrible at wrapping (like myself).

The gin itself is heavenly. Rhubarb and blood orange make for an exceptional combo, creating a fruit bomb to suit all seasons. We mixed it up with some Mediterranean tonic water and ice, which is all it really needs. However, it can also be used to concoct some darn fine cocktails, as demonstrated here.

The award-winning gin can be purchased directly from the North42 website, which stocks a wide selection of gifting options, or in selected Selfridge’s stores across the UK.

Fine Dining – in the comfort of your own home 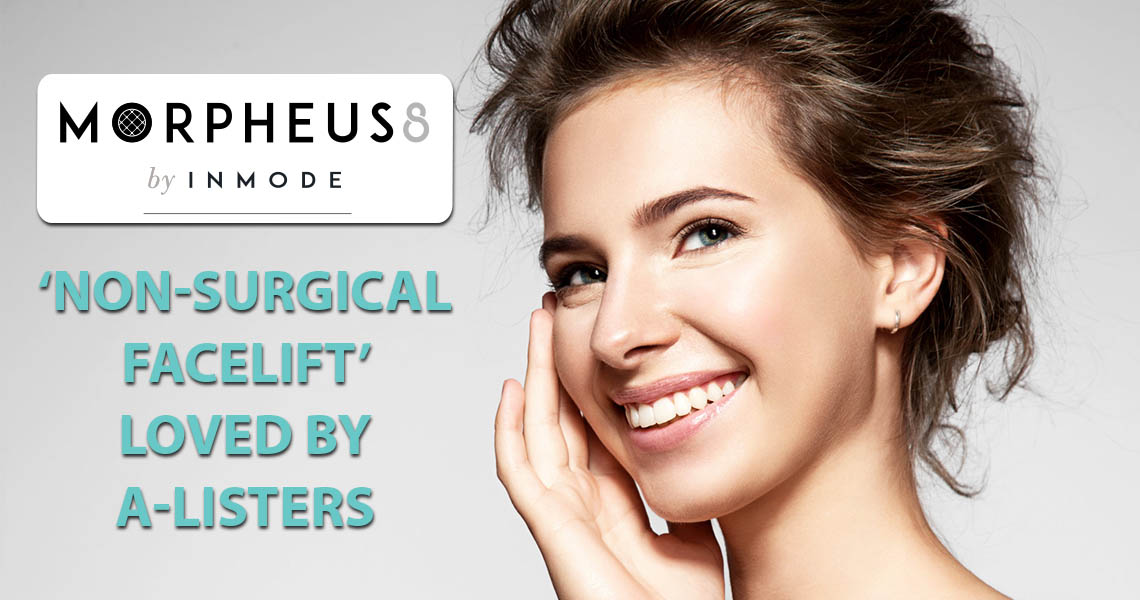 Let us Introduce you to the Game Changer in Anti-Aging! – Morpheus8

Morpheus8 by InMode, the ‘Non-Surgical Facelift’ loved by A-Listers, is one of the hottest new non-surgical treatments on the market; highly sought after by Hollywood

Perfect romantic getaways in the Cotswolds

Nestled in the pretty village of Bourton-on-the-Water, the picturesque cottages are housed within a historic mill building constructed from local Cotswold stone with original exposed beams throughout.