Gaucho Manchester: The King of Argentinian steak shall not be dethroned

Located on St Mary’s Street just off Deansgate, you could quite easily miss Argentinian steakhouse power brand Gaucho’s Manchester venue. But don’t be fooled by the relatively small and unassuming restaurant front. Step inside, walk through to the main dining room and you’re faced with an impressively grand space that makes dining here an event.

And, we’ve not even got to the food yet.

The sky-high ceiling is dripping with chandeliers, whilst an original organ is still intact from the venue’s days as a Methodist church. From the moment we enter, service is polished and professional, whilst at the same time friendly and down to earth.

It’s been a few years since I dropped into Gaucho (which happened to be the rather fine Leeds venue), and the first thing I noticed was how much smaller the menu has become. This is a plus in my eyes, as it was a little overbearing before and made choosing a bit of a nightmare. Each dish has been carefully considered, and there’s plenty of culinary flair on show to set this joint apart.

Starters was a no-brainer, with the Seared Divers Scallops grabbing my attention from the get-go. Served with mango puree, red pepper sauce, and an exquisite nduja crumb, these sweet and buttery hand-harvested scallops are hard to beat. Exceptional stuff.

Across the table, the Burrata was equally well-received. The cheese itself was rich, creamy, and served on a bed of tomato salad infused with truffle, aged balsamic with toasted sourdough. Another winning dish, there was just the right amount of truffle used to complement rather than overpower the burrata.

When it comes to mains, there’s a small and perfectly delicious sounding selection including sea bream, pesto linguine, and lamb cutlets, but how can you come to Gaucho’s and not order steak? We both went for the Lomo (fillet), which did not disappoint.

Cooked medium-rare, the beef was juicy, succulent and richer in flavour than your average fillet. The duo of peppercorn and blue cheese hollandaise sauces were also spot on, whilst the pan-fried king oyster mushrooms with chilli, garlic and chive dressing hit all the right notes.

Our waiter nailed the wine recommendation with the Laureano Gomez Pinot Noir. Pinot can often be a little on the light, watery side for me, but this refined little number is packed with subtle notes of chocolate and cherry, which was a heavenly pairing when it came to our fillet.

Feeling ever so full after two courses, we were pleased to see Gaucho have a dessert cocktail menu, and it seemed rude not to order one. The Butterscotch Bonbon, with Grey Goose, butterscotch schnapps, limoncello, lemon juice, and vanilla syrup had plenty zest, but couldn’t quite match the Old Fashioned.

Gaucho is on the pricier end of the scale when it comes to gourmet steak, but it’s worth every single penny which cannot be said for some of its competitors. Slick service, faultless cuisine and wine pairings make it a cut above and worthy of your next date night or special occasion. 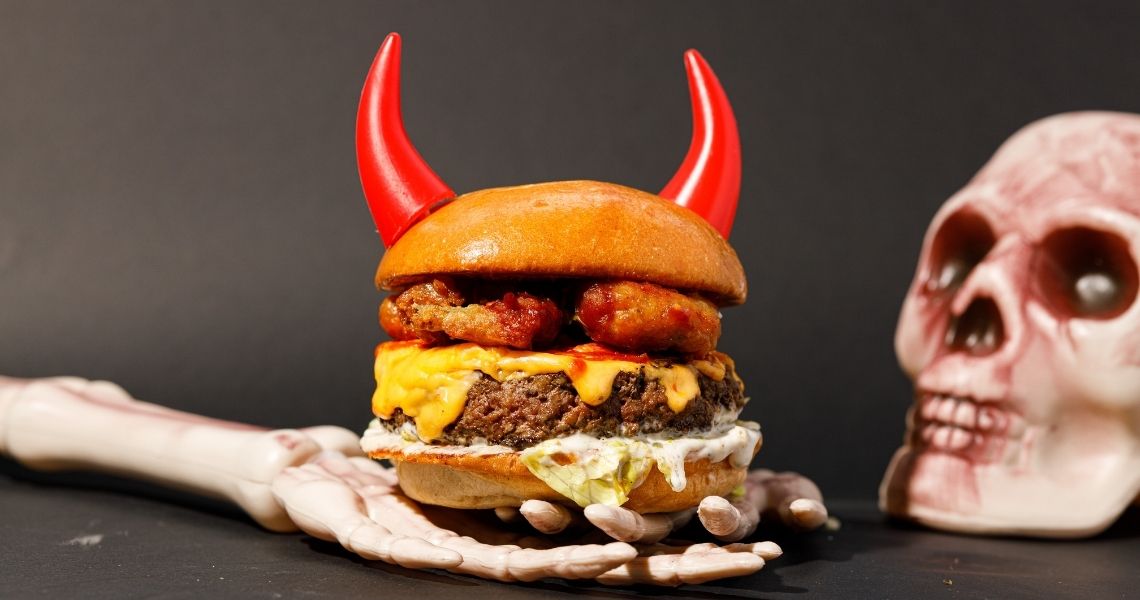 This Halloween Just Got Seriously Messy at Byron Burger

Relax; The Art of Switching Off

In this day and age, the majority of us are definitely guilty of racking up a less than desirable screen time on our phones. With

Luxurious Villas in The Maldives with Oliver’s travels

With the recent introduction of the air corridor between the UK and the Maldives, villa holiday specialist Oliver’s Travels has unveiled its new Maldives collection. Guests can choose from an impressive range of properties to suit families, friends or couples, including both overwater and beach villas with indoor and outdoor living spaces, private infinity pools, and exclusive stretches of beach.

Luxury kitchen, bedroom or bathroom – here is the answer!

During the ongoing pandemic and the challenges that every business has had to face, many made use of the time they had to close their

The new Festive Gift Sets have been beautifully thought out, falling into three categories – Relax and Refresh, Rebalance & Invigorate and Revitalise and Replenish. Each one combining different elements from the nourishing and delicate range, designed to suit all skin types.